Indonesia is included in the category of seven countries that have the largest copper reserves in the world. This enormous potential must be utilized as much as possible for the prosperity of the people by creating the highest added value for the national economy.

For this reason, during the groundbreaking of the PT Freeport Indonesia smelter construction in the Gresik Special Economic Zone (SEZ), Gresik Regency, East Java Province, in October 2021, President Joko Widodo emphasized that the smelter was built to create added value for domestic mining products.

"This is why the PT Freeport smelter was built domestically, namely in Gresik, East Java Province. This is a strategic policy related to the copper mining industry after we controlled 51 percent of Freeport's shares and at that time we encouraged Freeport to build a smelter domestically. Because once again, we want the added value to be here," said the President.

According to the President, the construction of smelters in the country will strengthen the downstream industry. The President said that his party would ask mining companies, both private and state-owned, to carry out downstream activities so that their mining commodities have a higher value.

Downstreaming will also provide added value for the country which also means it will provide higher income for the country. In addition, it also creates more jobs, and makes the Indonesian nation more independent and more advanced. 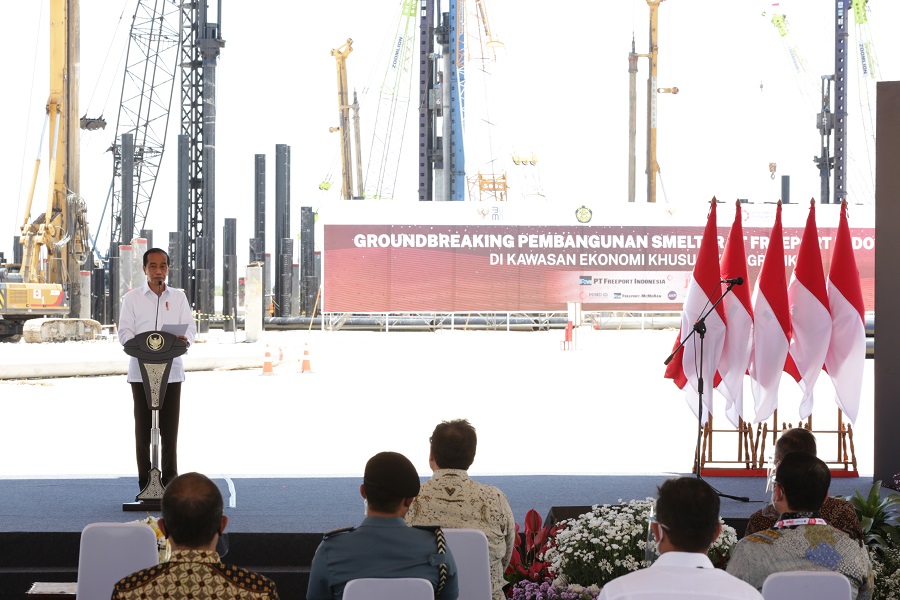 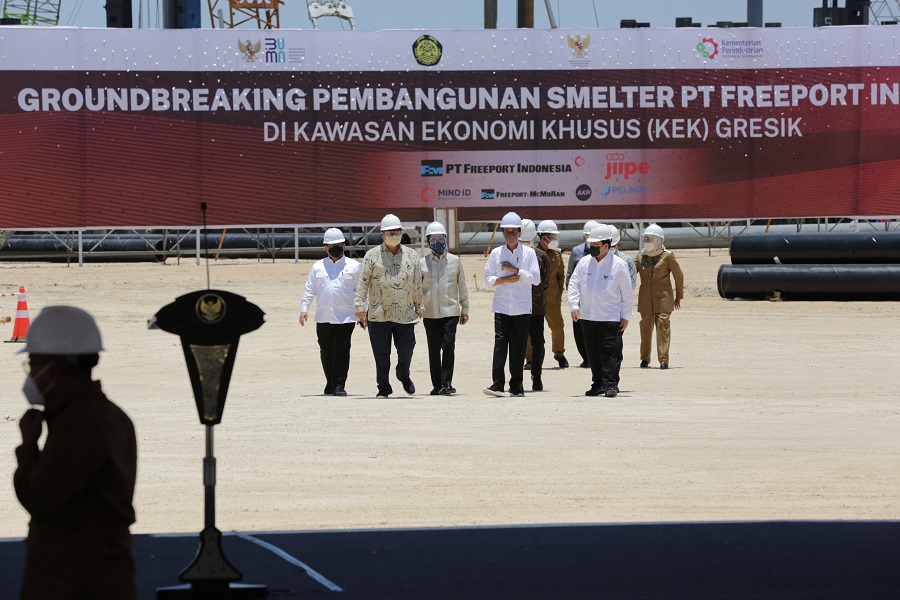 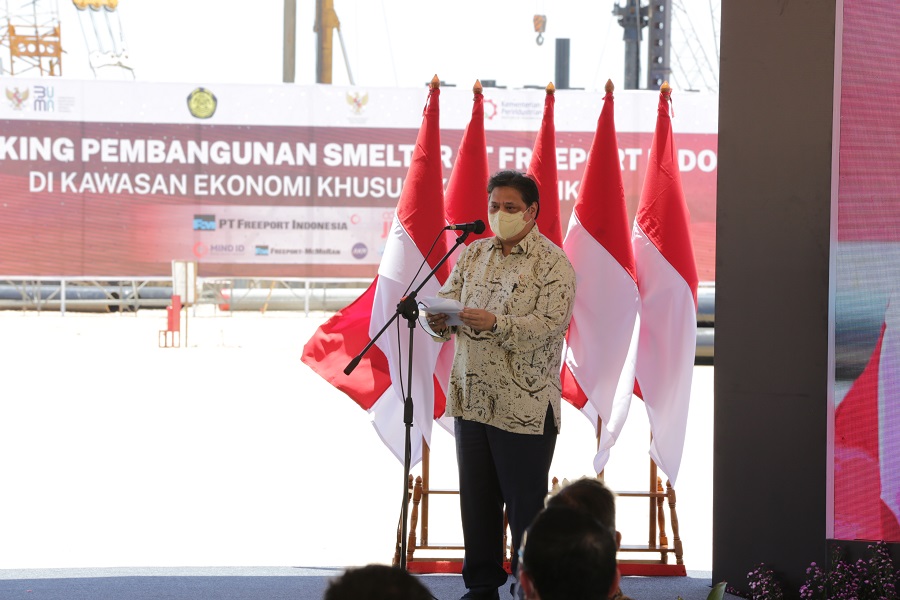 "The Minister said earlier that during the construction period there will be 40,000 workers who can work, meaning that there will be a lot of job opportunities in Gresik Regency and in East Java Province, not yet when it is operational," he continued.

"I hope that the presence of PT Freeport Indonesia in the Special Economic Zone in Gresik will be an attraction for other industries to enter the Gresik SEZ, especially the copper derivative industry to invest here," he explained.

The President also emphasized the government's commitment to continue to provide full support in various ways so that the investment climate in Indonesia is getting better. Thus, it is hoped that Indonesia will become more attractive as an investment destination.

"As requested by the Coordinating Minister earlier, we will continue to support the infrastructure, we will support the ease and certainty of doing business, then the availability of human resources in accordance with the needs of the industry will also support the provincial and district governments so that the Gresik SEZ is more advanced, and Indonesia will be increasingly in demand as an investment destination," he said.

Fasting, Prayer & Compassion: How Muslims In Jobsite Celebrate The Holy Month Of Ramadan