2020 National Sports Week may be a few months away, but the fun is already starting as PT Freeport Indonesia employees scored a friendly game against the Happy Ballers, an Indonesian exhibition basketball team featuring national celebrities and former professional basketball players.

It also was an entertaining way to show off the Mimika Sports Complex that will play host to Papuan athletes in October for the big event, held every four years.

The exhibition team members were thrilled to entertain the community of Timika and were especially impressed with the sports complex, a venue that will inspire Mimika and Papua during the 2020 National Sports Week.

It’s one of the best places to play basketball, not just in Papua but in Eastern Indonesia

The early games were sponsored by PTFI along with the Mimika Government and the Indonesian Basketball Association on February 8 at the sports complex. The employee team and the Happy Ballers also competed against Timika’s basketball team.

The day started with a match between the PTFI employees and Timika, enlivened by cheers from the audience every time one of the teams scored.

The atmosphere of the stadium became even livelier when the Happy Ballers team entered the court. The team captured the audience’s hearts with their antics, and soon laughter and loud cheers filled the court. 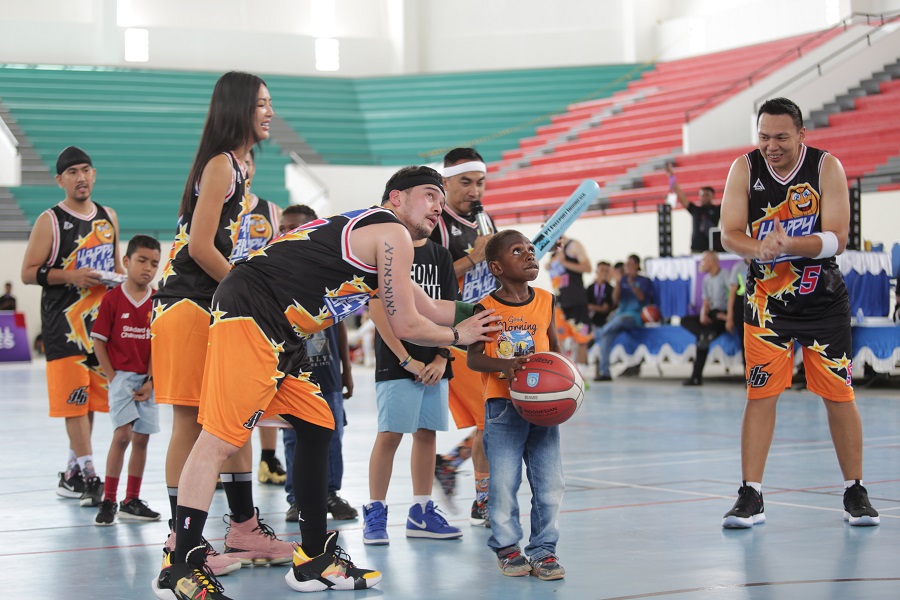 Happy Ballers Teaching Kid How to Shoot a Ball 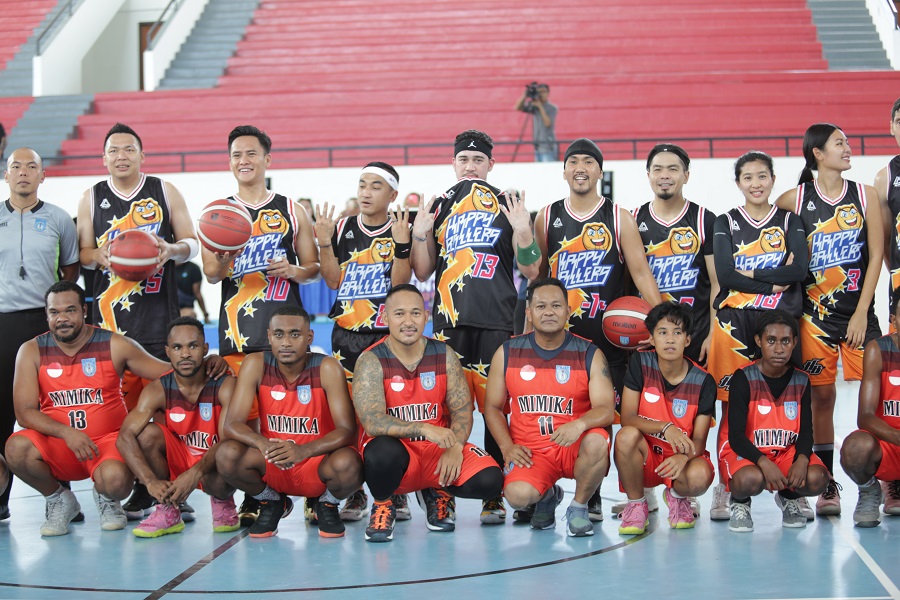 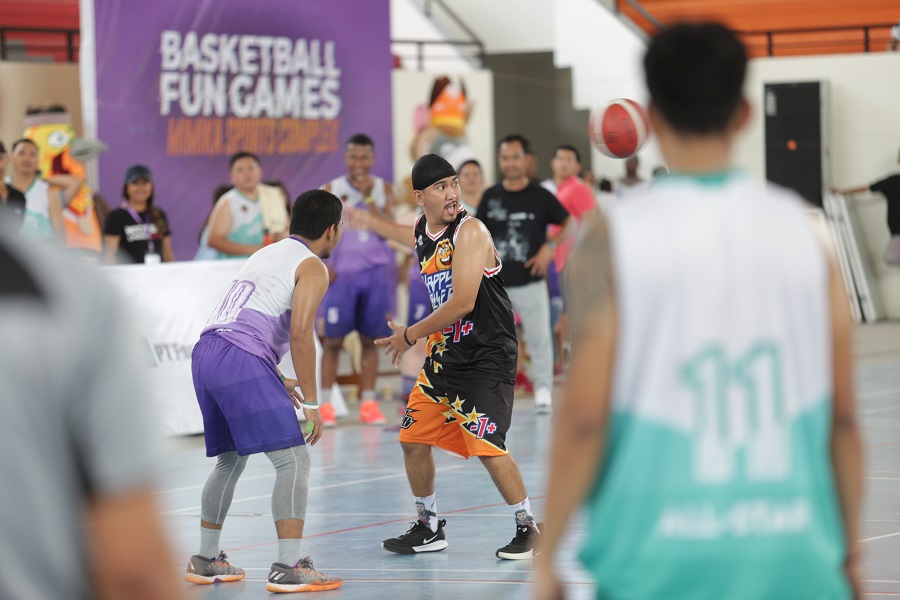 In between each match, audience members competed to win prizes through mini games with the help of the Happy Ballers team. Romy Chandra and Andy Poedjakesuma also coached a clinic session for the Taruna Papua Boarding School students, teaching them correct dribbling and passing techniques as well as strategic plays to score more points.

Final scores for the day were a victory for Happy Ballers team against Timika team with 29-18. A victory for PTFI employee team from Happy Ballers with 19-14. Meanwhile, the match between PTFI employee team against Timika team ended in a tie with 8-8.
The Mimika Sports Complex is PTFI’s contribution to support the Mimika government as one of the hosts of the 2020 National Sports Week in Papua.

The Chairman of the Indonesian Basketball Association Mimika Regency and the General Secretary Sub PB Mimika for the 2020 National Sports Week Cessar Tuya expressed his gratitude to PTFI for organizing the event and involving the Mimika team, giving them valuable experiences.
The Happy Ballers team also includes Maria Selena, Olivia Zalianty, Romy Chandra, Mario Lawalata, Rico Ceper, Richard “Insane” and Bams “SamsonS.”
The complex was built in 2016 and is equipped with international-standard sport facilities and includes an indoor gymnasium, outdoor stadium, athletic track, dormitory for both athletes and officials, and several other facilities.