Hydroponics (hydroponic) is a method of cultivating plants using water without using soil by emphasizing the fulfillment of nutritional needs for plants. The water requirement in hydroponics is less than the water requirement for cultivation with soil. Hydroponics uses water more efficiently, so it is suitable to be applied in areas that have a limited water supply. 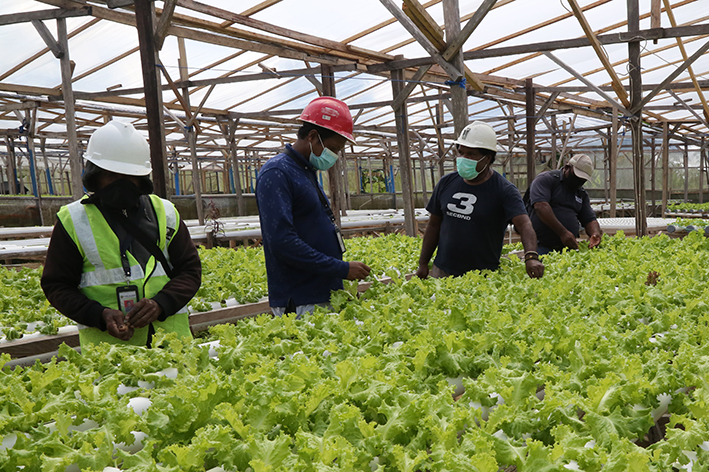 Octo Magay with his employees Octo Magay with his employees inspecting his hydroponic plats. 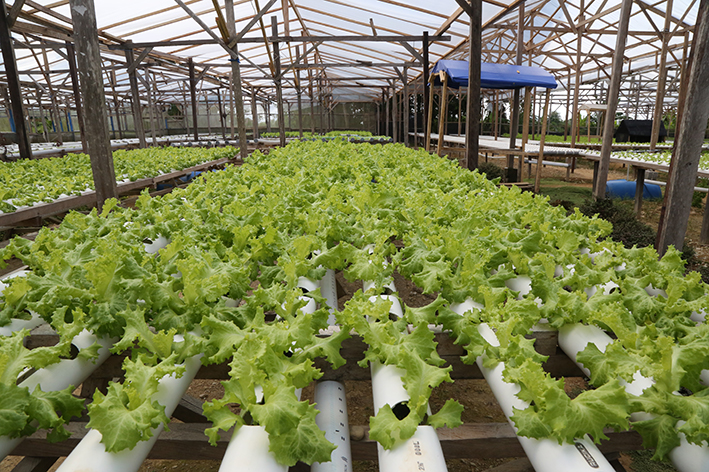 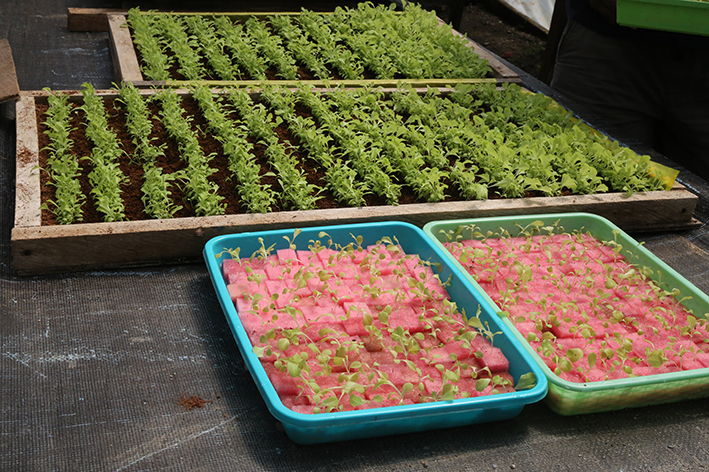 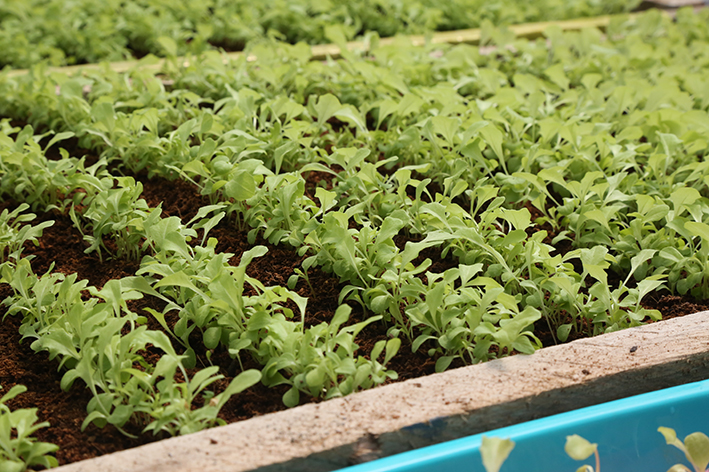 Octo Magay, PT Freeport Indonesia  native Papuan employee, succeeded in developing a hydroponic plantation business in SP-3, Kuala Kencana District, Mimika Regency. Starting from his interest in the world of hydroponic plantations, which he saw on the internet, Octo Magay tried to start his plantation in 2013. From this self-taught learning, his business had experienced ups and downs and to the point of closing down.

However, with the encouragement and support of PT Freeport Indonesia where Octo Magay worked as an employee, finally Octo was eager to get back up and get more serious in his business. For his efforts in 2018, his hydroponic plantations penetrated and became a supplier of fresh vegetable ingredients for PT Pangan Sari Utama who handled meals for Freeport employees, contractors and privatization. Unmitigated, the yield reaches 4 tons of vegetables per month. Octo Magay's hydroponic plantation in SP-3 is currently able to supply fresh vegetable staples in the form of spinach, watercress, kale and mustard greens. Octo Magay's hydroponic plantation uses method paralon and currently there are 60,000 holes planted with various types of vegetables.

Asked about his background in pursuing the hydroponic plantation business, Octo explained, "In Timika, we can actually provide almost all the staple food sources we need, the proof is that there are farms in Utikini that are already advanced, and there are even several other farms in some places, there are plantations. Cocoa too. So why don't we try vegetable plants, so far a lot of vegetables have been imported from outside Timika because no one has provided them here. So from there I tried to seize this opportunity. I tried hydroponics, because if you do gardening in the traditional way, it will require a large area and need extra energy to handle it. Currently I am only able to serve the needs of Freeport, through PT. Pangan Sari Utama, but in the future I will try to answer the needs of vegetables in Timika. " He explained.

There is something interesting about the Octo Magay hydroponic plantation, here all employees who work for hydroponic plantations on average do not have basic farming / agriculture skills, and do not have special education. Even some of them are mothers who have no educational background at all. But thanks to tenacity and patience in teaching techniques and new gardening methods, the results are quite satisfying. According to Octo Magay, “Some of these gentlemen used to work in the Freeport area, some were from contractors or privatizations, after they retired they were confused about what to do, instead of just sitting around at home doing nothing. I asked them to work here, the work is easy, only planting and caring for plants, there are also women who do not have an educational background, they do not have a diploma. I invited them here to work. They did not have information about how to plants hydroponically, but they learned and they were happy. For the wages or salaries of employees here, it is already higher than the minimum wage in Timika or Papua." Octo Magay explained

In recruiting employees, Octo Magay embraces all people who do not differentiate between ethnicities and religions. There are Javanese, Papuans and several other tribes. Currently on his plantation there are 8 retirees from PTFI contractors, and according to these retired employees in the PTFI area, they feel lucky to be accepted to work on Octo Magay's hydroponic plantation. An employee named Ambarak Fimbay who is also a former Freeport employee who has worked for 30 years at Postsite, now works on a hydroponic plantation. Octo Magay said he was happy to be able to join this plantation, "I love working here, staying at home and sitting still, it's better work here, the body remains healthy. "Said Ambarak Fimbay. Meanwhile, Mama Yulita feels happy working here because everything is good, "Work is calm and happy, everyone helps each other, those of us who just enter don't know anything, they are immediately taught how to work properly, how to take care of these plants. I thank you for being able to work here, in other places it is not certain that I can work, I do not have any schools where work can be accepted, but here I am grateful to be accepted by work. "Said Yulita's mother.

Octo added that hydroponics is also a practice place for several vocational schools in Timika, "Every year there are several vocational schools that send their students to study here for three months, some are four months. After interning there we give them a kind of certificate based on what they did and a little pocket money these children are more enthusiastic to learn." He added.

Octo Magay, who was met in his plantation area, Monday (12/4), did not forget to express his deep gratitude to PT Freeport Indonesia, especially Mr. Brian Esser and PTFI Senior Management who supported his journey to have this hydroponic plantation. And also to PT Pangan Sari Utama, who is the main consumer of the product.