"Freeport is our home. SINCERE are our values." A sentence that Mr. Tony Wenas repeated at PTFI's 55th-anniversary town hall event. SINCERE, which stands for Safety, Integrity, Commitment, Respect, and Excellence, is also often jargon spoken by the company's leaders in cross-divisional and internal division meetings. SINCERE is a brand that's been a part of the leadership training for PTFI employees and is used in all the company's internal communication. This implies how important the existence of these values is to PTFI.

Then why is the existence of these values very important?

Conceptually, values are the basic guideline for someone to have a will, behave, and decide something. Therefore, the company's values will standardize the steps for its employees in their activities so that it leads to the realization of PTFI's big dream or vision. Quoted from PTFI's official website, PTFI's vision is "To become a world-class mining company that creates superior values and becomes the pride for all stakeholders, including employees, society, and the nation." This vision represents the corporate's goal, which is sustainable safe production.

To achieve this vision, PTFI has strategic steps that are summarized in PTFI's mission, which is a "Commitment to creatively transform natural resources into prosperity and sustainable development through the best mining practices by prioritizing the welfare and peace of employees and society, development of human resources, social and environmental responsibilities, as well as occupational safety and health.

The great and noble vision and mission can only be achieved if all employees synergize and work by applying basic guidelines following the company's values, in this case, SINCERE.

Then what is the biggest challenge in adopting these SINCERE values?

With thousands of PTFI employees coming from different backgrounds, all with their respective values that are embraced as part of their personality may differ. Of course, it's not easy and requires change management to be able to make SINCERE values a part of the values held by every individual employee. Therefore, the company has set a target to implement and internalize, so that positive and sustainable behavior changes occur in line with SINCERE values.

Extracted from the book "Atomic Habits" by James Clear, 1% of positive change consistently done every day is a 37,78x progress in one year. While a 1% negative change every day is a 0,03x decline in one year, as shown in Figure 1 illustration. James Clear recommended that effective behavior change management focuses on tiny gains but is continuous. 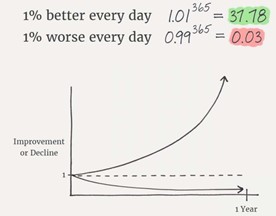 Internalization of sustainable values is the fruit of character change. Character change is a result of habitual change and begins with behavioral change. Any positive behavioral change efforts will always feel challenging in the early stages when starting. It is because the progress of a change is not linear but tends to be slow at the start of trying something new. However, it will gradually accelerate if continuously done, as shown in Figure 2 illustration. 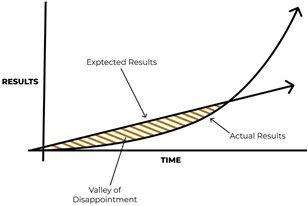 To be able to make a continuous change in the long term, James Clear emphasizes the importance of creating a working system instead of just relying on goals alone. Goal is the result you want to achieve, while system is the process that can lead to the outcome.

Agile methodology is a working system that consists of a set of standard stages and relies on the collaboration of the working teams in a period called sprints to achieve tiny gains. Results of a sprint cycle are added value which is then continuously improved in the next sprint cycle. From this explanation of Agile methodology, it can be concluded that Agile methodology is in line with the "Atomic Habits" change management strategy.

Agile is a systematic methodology for getting better results with an emphasis on incremental change, collaboration, work interactions, and standard cycle sequences called sprints as shown in Figure 3. The concept of tiny gains and continuous improvement are the central part of this methodology, with the output of each cycle being increment or Minimum Viable Product (MVP). Agile means being very open to change, taking it as a dynamic, and anticipating change as usual. 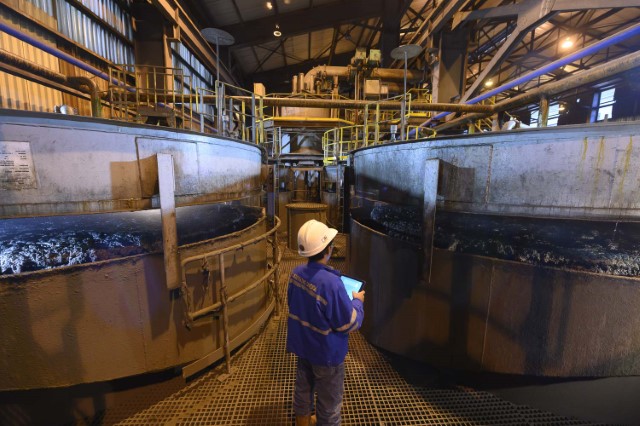 So how are SINCERE values reflected in Agile work-frame?

Agile is an effective work system for iterative and continuous improvement. Agile framework can be aligned with the company's values, in this case, SINCERE. We can see the behavior of the SINCERE values from 4 perspectives: Safety, Productivity, Cost, and Interaction. Let's break down each part of these SINCERE values in 4 perspectives, along with examples of their implementation in an Agile work-frame.

First is the value of safety. Using a safety and interaction perspective, some examples of behavior that align with the safety perspective are implementing the development of safety programs and motivating actions that prioritize safety. The Agile methodology implemented by MIS has now produced several widely used products for developing safety programs, such as e-FRM, digitizing products, digitizing production equipment inspections, and digitizing safety accountability programs. Digitalization allows the business processes to run more effectively and efficiently in generating added value. The Agile framework allows for rapid adaptation and change according to business processes' dynamics and changing needs. From a productivity perspective, an example of safety value behavior is developing a safe production process. With the collaborative spirit of the Agile methodology that MIS is trying to implement, MIS has produced several products that contribute to safe production, such as digitizing operational equipment inspection and an integrated Underground Operations Management System (UOMS) that provides transparency of production and underground mining operation.

The third is the value of Commitment using a productivity perspective. In every Agile framework cycle with a span of 1-4 weeks, Agile team works with full commitment following all standard steps including sprint planning, daily scrum, sprint review, and retrospective. Sprint planning is carried out to control short-term strategies according to priorities in the ongoing sprint. The daily scrum is conducted for collaboration, to identify obstacles, and to build trust among team members to be able to achieve the target. Sprint review and retrospective are carried out to review the achievements of a sprint cycle and provide feedback for the next sprint cycle on what works from the work system that has been implemented and what needs to be improved.

The fourth is the value of Respect. An example of the respect value behavior using a productivity perspective in an Agile work system with the sprint planning cycles, daily scrum, and retrospective is a tool to identify better work opportunities and efficiency. An Agile work system also has one role known as a scrum master as "servant-leader." This is different from a traditional leadership which emphasizes control and hierarchy, but "servant-leader" emphasizes collaboration within a team, direct and regular communication to protome transparency and work atmosphere to produce better work practices.

Little by little improvements but consistent is a concept that's proven to be effective for positive and sustainable change. From a long time ago we know a proverb "Little by little overtime it becomes a hill." This concept was recently formalized in the form of a guide by James Clear in the book "Atomic Habits." James Clear emphasizes the importance of having work system so that positive change can be sustainable so that it becomes part of the character. Agile methodology is a work system that is in line with the "Atomic Habits" concept.

MIS has started implementing an Agile work system in their daily work with the spirit of continuous improvement so as to produce a product that continuously generate a new added value. This Agile work system is in line with SINCERE values using the Safety, Productivity, Cost, and Interaction perspective.

The Agile methodology is currently used as best practices from world-class companies to generate added business or product innovation that's given a good positive impact both internally and externally. This methodology is general so that it can be applied to all business processes so that currently there is a term called Agile Transformation - an Agile-based business process transformation.

Change is inevitable. External conditions and radical change such as the COVID-19 pandemic force us to carry out business transformation that were previously unimaginable with creative and innovative methods. With the spirit of the 77th Independence Day of the Republic of Indonesia "Recover faster, rise stronger," let's do our best in the best way to contribute positively to continuously generate added value to the company and all stakeholders. Agile transformation is one way for us to generate added value in line with SINCERE.