Faced with the loss of a longtime friend in the form of 600 meters of friendly gravity, the people of PTFI have come up with a comminution solution to help process Grasberg’s copper and gold ore.

Making big rocks into little ones – comminution in a nutshell -  was a lot easier when the Grasberg open pit was in operation, as ore from the surface pit was dumped down twin 600 meter shafts on its way headed to the Grasberg concentrator down the mountain.

With the transition from open-pit to underground mining operations last year, all that crushing power went away.

“The transition from open pit era to underground significantly changes the mill’s fragmentation as it goes into the processing aspects,” said George Banini, Executive Vice President-Technical Services. “To maintain the same production capacity as seen in the open pit era, it was necessary to build a third SAG mill.”

Building that new mill will require a new route for all traffic passing through the concentrator area, where the footprint for the new mill will first need to be cleared of existing infrastructure.

As opposed to a ball mill, which uses steel balls to crush up ore fed into a spinning cylinder, a SAG or semi-autogenous mill primarily uses the ore itself to break up the rock into fine particles to separate the copper and gold from all the non-valuable constituents of the ore. 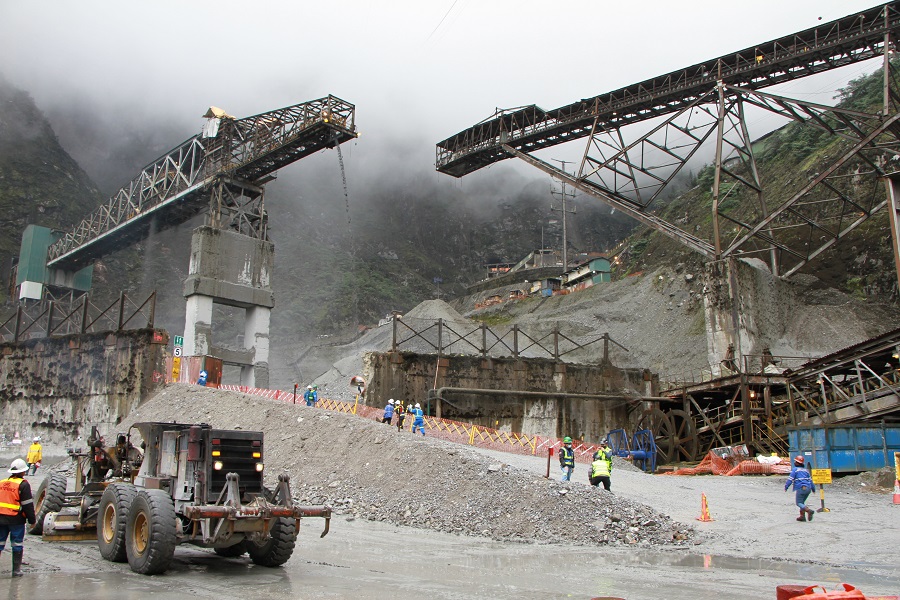 New road located near the stockpile 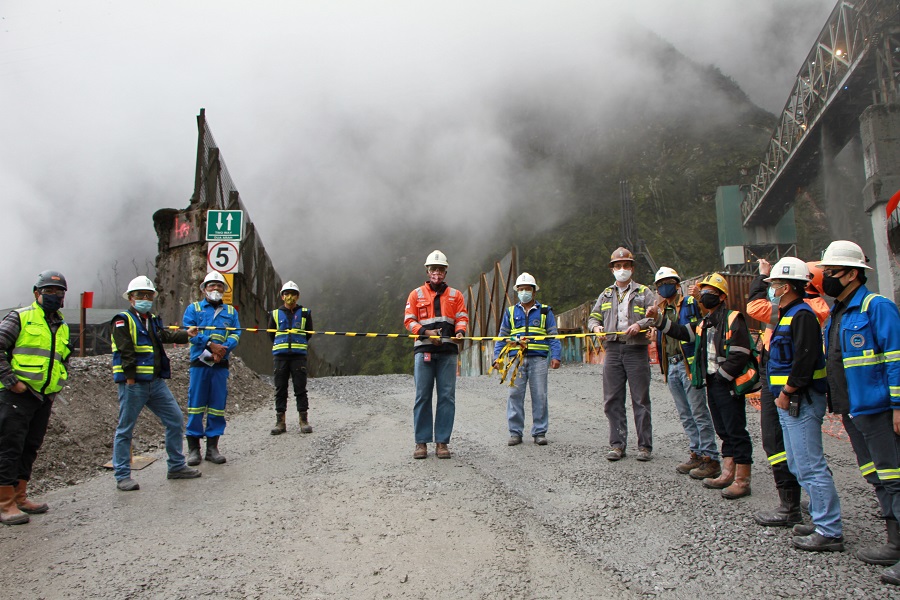 The new alternative road opened for use 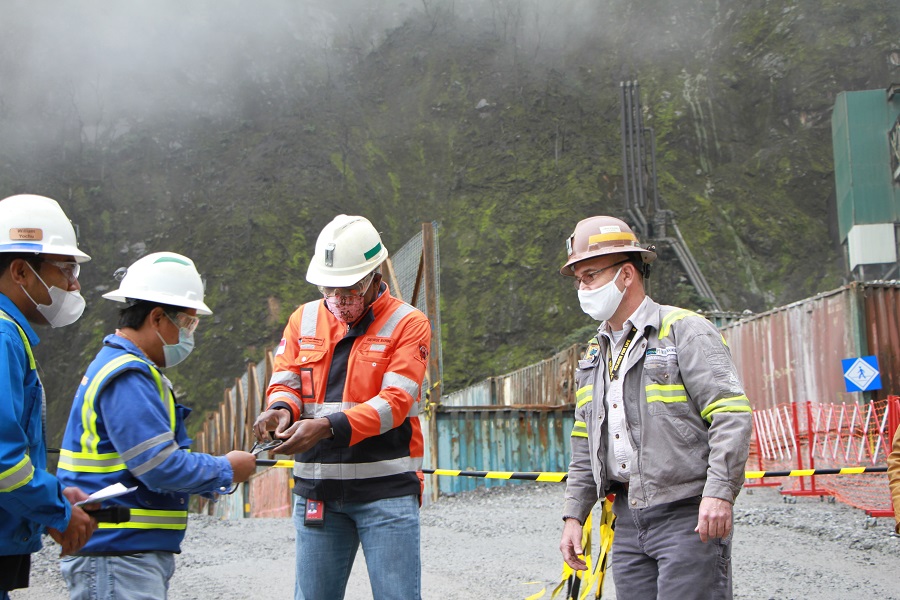 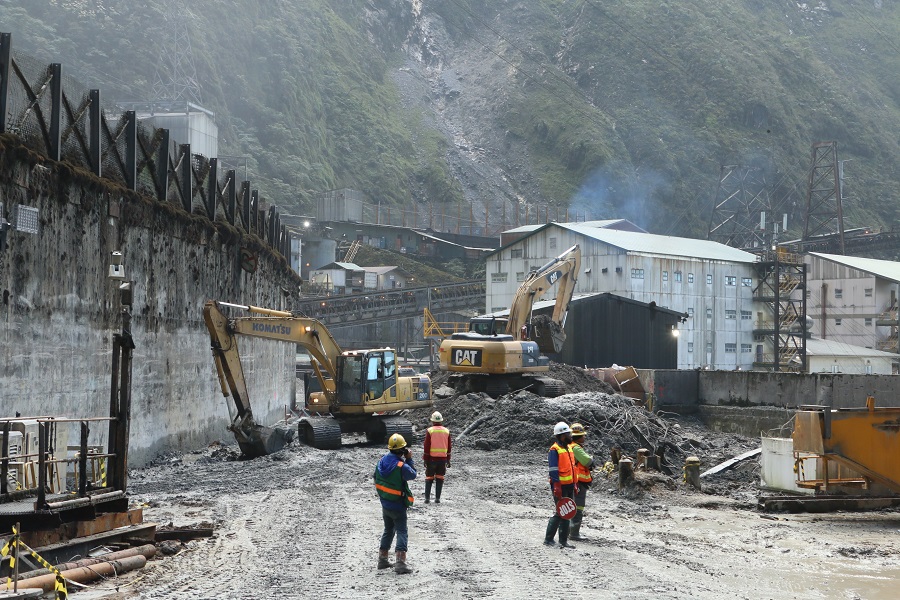 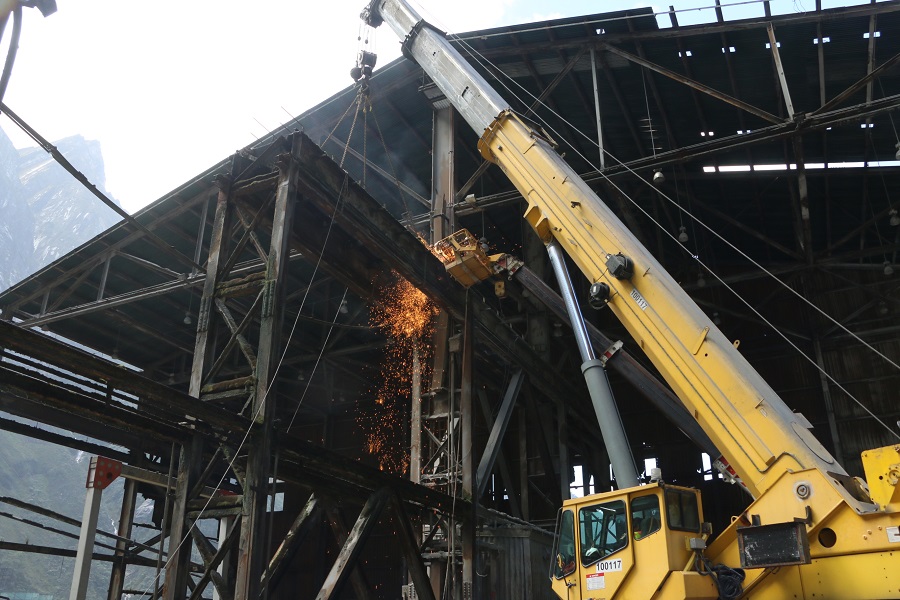 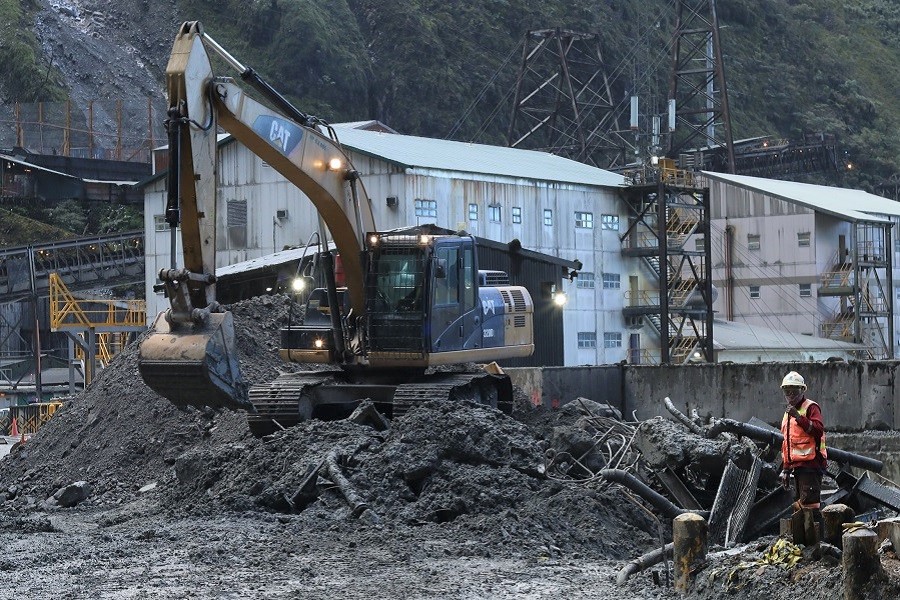 Finding a Place to Put it

Building this third SAG mill at PTFI will make up for the added crushing power that the ore-pass chutes and their generous gravity contributed during open-pit times. This third SAG mill will feed PTFI’s existing pair of SAG mills.

But due to the paucity of flat land in the uber-steep topography at Jobsite, building a new structure is not just something you up and do.  Constructing just about any new building at PTFI means first clearing enough space to do so by demolishing an existing structure. Such was the case with SAG #3 until COVID-19 prompted the postponement of demolition.

As crews began to fire up demolition, the need arose for an alternative route to the stockpile, which was opened Jan. 8. The new road will be used until the ongoing demolition at the SAG#3 project area is completed.

Current plans call for demolition work to wrap up in six months, at which point, construction of the third SAG mill will begin.

“We’re on a tight schedule to complete the demolition so we can commission SAG #3 at the end of the first quarter of 2023,” said Eko Purnomo, Senior Manager, Concentrating Operations.

The new alternate road was not built for hauling ore, as that’s all done with conveyor belts from PTFI’s four underground mines, but rather, to replace the section of the road travelled by employees and contractors near the demolition/construction site.