The PT Freeport Indonesia aviation and emergency teams rescued three people after a non-company helicopter crashed in the dense jungle.

Thanks to training and specialized equipment, an aviation and emergency response team at PT Freeport Indonesia safely rescued three injured survivors from a helicopter that crashed deep in the dense jungle of Papua.

The helicopter, owned by PT National Utility Helicopters, was delivering food and supplies when it lost contact at 10:16 a.m. on September 17. Although the National Search and Rescue Body and other aircraft operator companies had located the crash site about 75 miles from the Timika airport, the dense jungle made landing a helicopter impossible.

Thankfully, PTFI Aviation had a helicopter with hoisting capability – the only one in the region – and could lift the injured survivors to safety.

The joint team from PT HeliSGI, PTFI Aviation, Occupational Health and Safety Emergency Preparedness and Response, and International SOS quickly prepared themselves for the rescue effort.

Once at the site, the PTFI helicopter hovered about 100 feet in the air above the downed helicopter and Rumbino, who has more than 10 years of emergency experience, worked in tandem with Anton Saputra to get down to the wreck using a line attached to the winch. 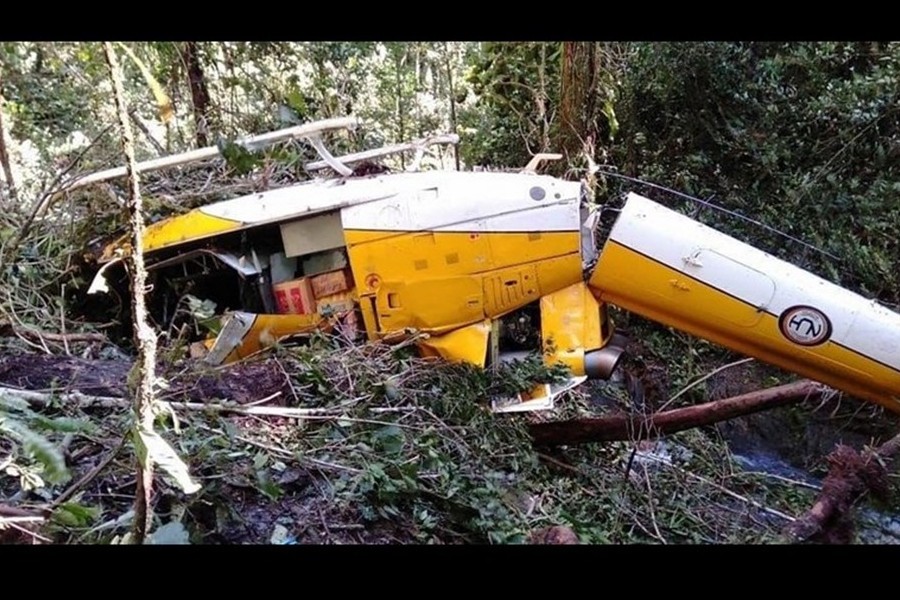 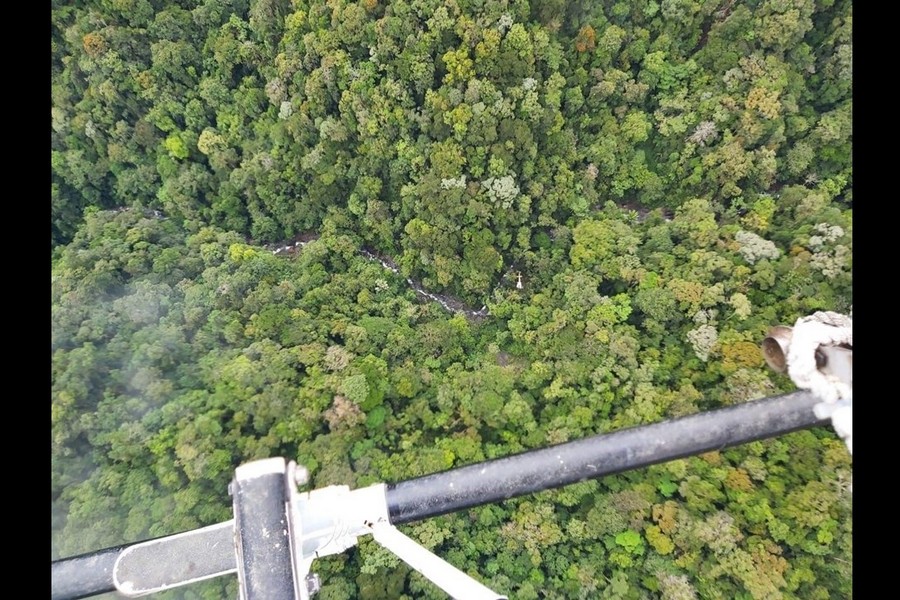 “The first victim I had contact with was the person who made contact with the initial search team,” Rumbino said. “The other crew and captain, although conscious, were trapped inside the wreck. I helped them out and put them in a secure place to allow Anton to quickly examine them and give first aid.”

The two crash survivors in more serious condition were hoisted to the helicopter and flown to other emergency responders who were on standby.

Still on the ground at the crash site, Rumbino cut some trees to allow a clearer view for the helicopter.

“In the first attempt to hoist the first two victims, it was pretty clear the captain was struggling with the surrounding environment. I had my chainsaw with me, so I cut some trees to help with the hoisting process,” he said.

The third victim who had helped rescuers find the crash site and was the least injured – he had a broken arm – panicked when it was time to be lifted in tandem with Rumbino to the helicopter. Rumbino leaned into his training and was unflappable in helping him.

“I told him to trust me. I thanked him for doing a great job helping us to locate them, and I was honest, that while it was going to be painful, he was so close to being back home with his family,” Rumbino said.

The nature of operations at PTFI requires additional advanced technology, expertise and training, which makes the company indispensable when it comes to providing this level of assistance, and as result, PTFI has flown countless rescue missions, said Dave Jones, Manager, Technical Department-Aviation.

“We’re often called on for challenging missions because PTFI helicopters are the only ones with hoisting equipment and people who are trained how to use it,” Jones said. “When the request came, we prepared a risk assessment and determined that the rescue mission could be conducted safely before dispatching the rescue team.”

The job is demanding but worth it, Rumbino added.

“We do it with a big heart and faith, and I’m happy to be part of a job that keeps the PTFI community and others safe.”

On a side note, the rescue was the final mission for Anton Saputra, who recently retired. While he enjoyed the challenges of the job, he always hoped their services would not be necessary, he said.

“I have gained some exceptional knowledge of emergency rescue thanks to countless training, drills and the actual rescue missions that I had been involved in,” he said. “The last helicopter crash rescue was particularly rewarding to me, as it marked my final assignment in this job and we were successful due to solid teamwork among the participants.”