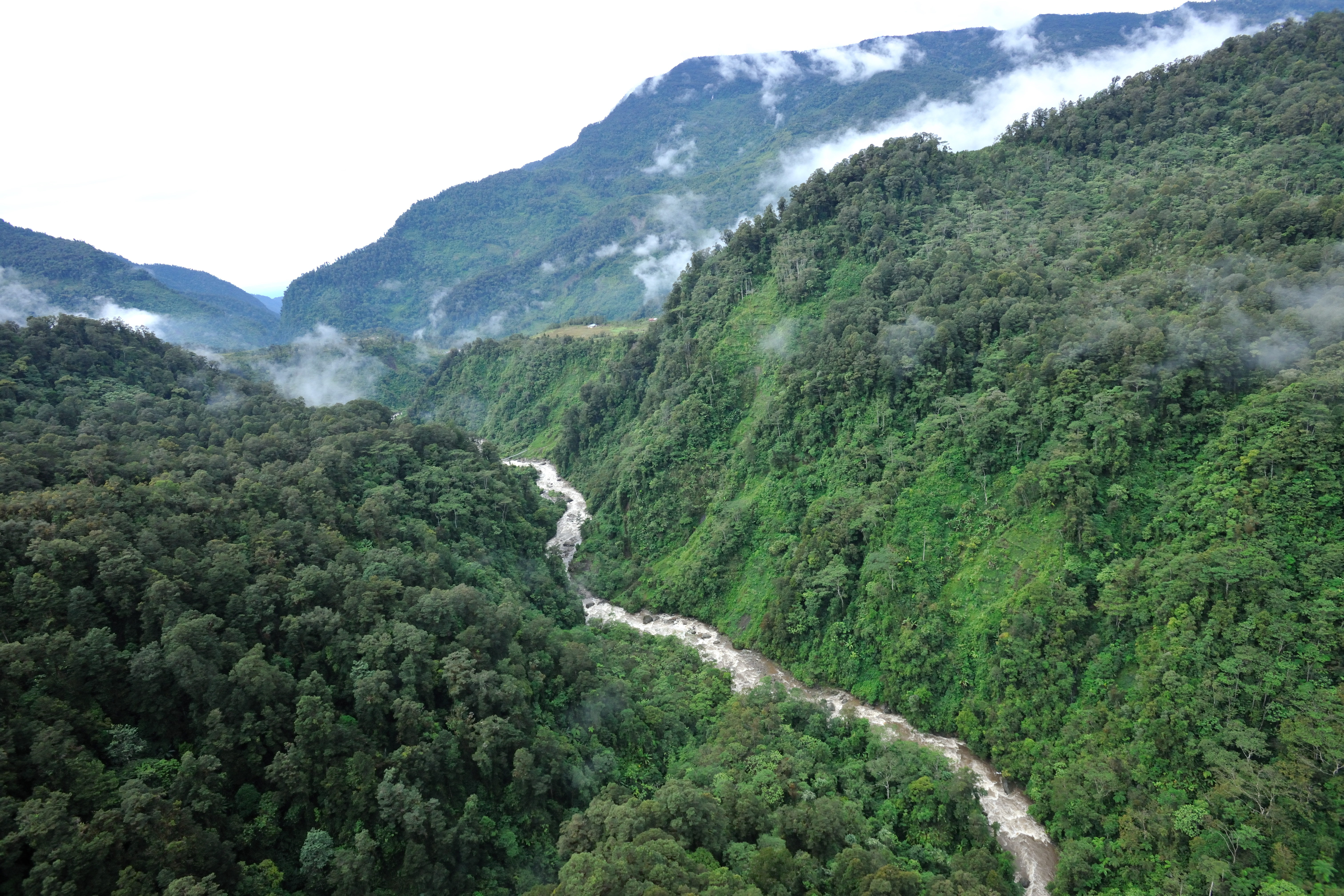 A stretch of the only road to Tembagapura and the Grasberg mining complex earned the title averaging more than 12,000 millimeters of rain a year.

Taking the reigns as the rainiest place on earth is none other than a remote area on the only road leading to the PT Freeport Indonesia Grasberg mining complex, which receives a globe-topping 12,143 millimeters of rain a year.

The Indonesian Meteorological, Climatological and Geophysical Agency filed the listing with the World Meteorological Organization last fall after confirming data from five years of weather records – its own and that of a weather station managed by the company.

The five-year average of 12,143 millimeters (478 inches) of precipitation is 270.4 milimeters more than the average rainfall for the previously wettest space on earth, Mawsynram, India. According to the last five years of data used for the designation, the area around Milepost 50 of the Main Supply Road received rain an average of 329 days a year.

While MP 50 – known as Panamen Tanaga on local maps – may not be well known throughout the company, employees 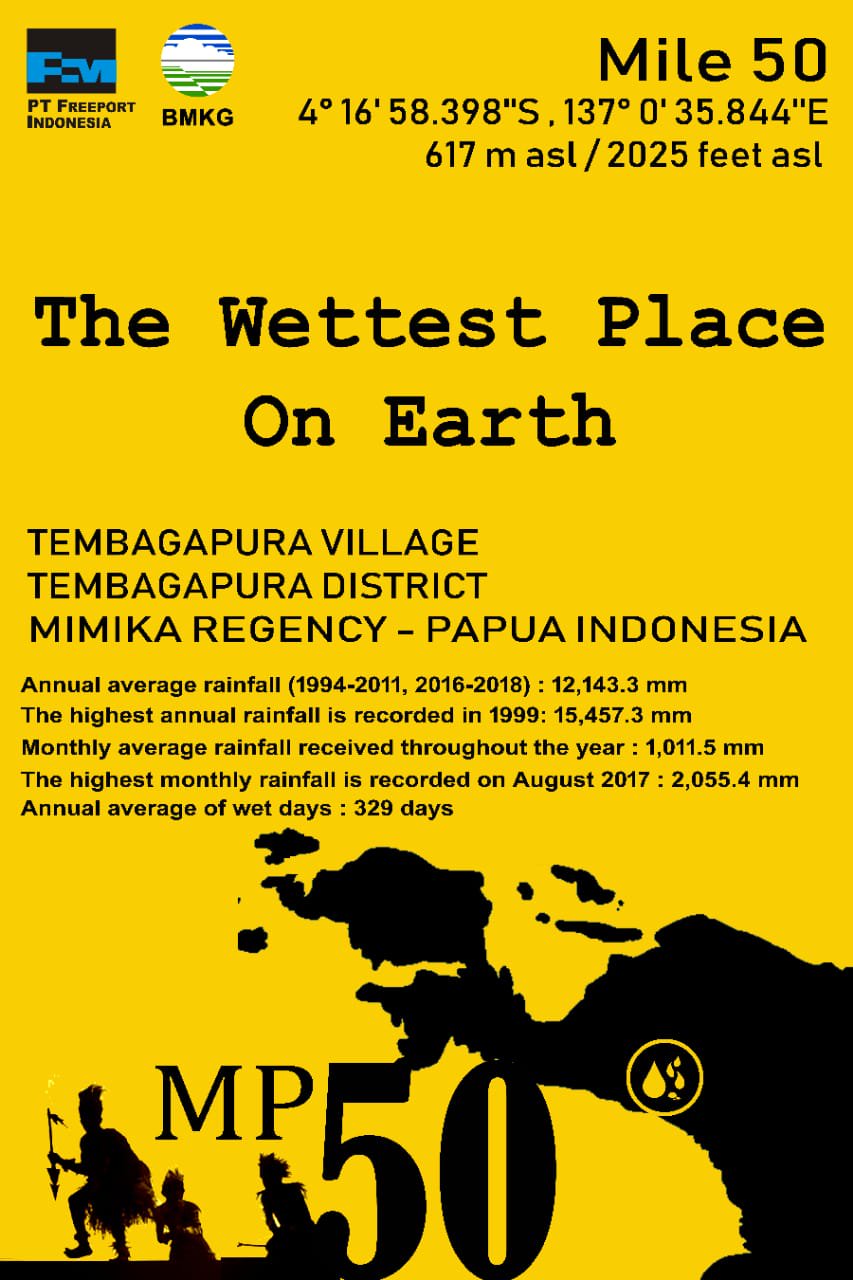 and visitors are very familiar with it. The weather at that spot often is the determining factor of whether transportation between the Lowlands and Highlands will be a quick, 30-minute chopper ride or a three-hour bus trip. It also is the area where the only public restrooms on the MSR are located.

“This is the part of the road where you really start to climb the mountain. It’s the transition point from Lowlands to Highlands,” said Gesang Setyadi, Senior Manager-Environmental Jobsite.

The high, steep walls in the area is what generates the weather phenomenon pattern known as an orographic effect that brings all the rain.

“There is the sea, the coastal plains and then this ridge area where the elevation rises suddenly,” said Muhammad Najib Habibie, a researcher with the Indonesian Meteorological Agency.  “So, the clouds moving from there are forced upwards, and that’s the orographic effect. The air here is forced to rise next to high ground, causing temperatures to drop, which causes the formation of clouds and is followed by rain.”

Mining for Life Provides Public Inside Look at Mining