While YPJ Tembagapura Junior High School may be tucked away in the Highland jungles of Papua, Indonesia, at least one student has made her mark on the worldwide stage.

Aida Khoirunnisa, an eighth-grader from the YPJ Tembagapura Junior High School, placed second in the Science Team Olympiad of the annual Asian Science and Mathematics Olympiad for Primary and Secondary Schools. The event, held November 26-30 in Yogyakarta, included more than 60 participants from countries throughout Asia.

Aida represented Indonesia as one of 16 participants selected from throughout Asia to compete individually and in groups in the Science and Mathematics Olympiad.

“My experience in the Team Olympiad was a memorable one,” Aida said. “My team included four people from different countries and we had to solve the problems of the Science and Mathematics Olympiad in limited time.”

Participants not only competed in the field of science, but also performed a talent and explained a cultural aspect from each country.

“Besides this awesome experience in competing at the Asian level, we also get friends from many countries and see firsthand their cultural performance,” Aida said. 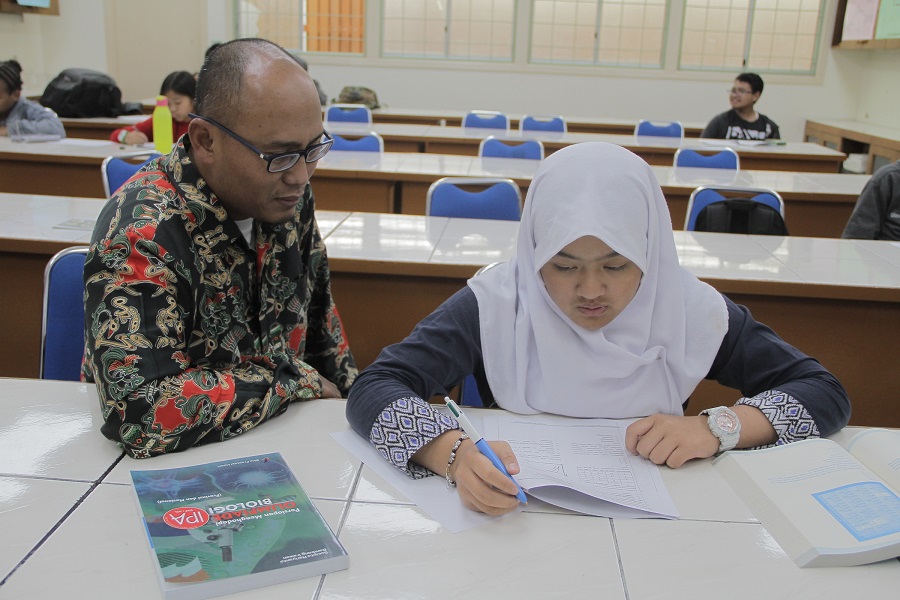 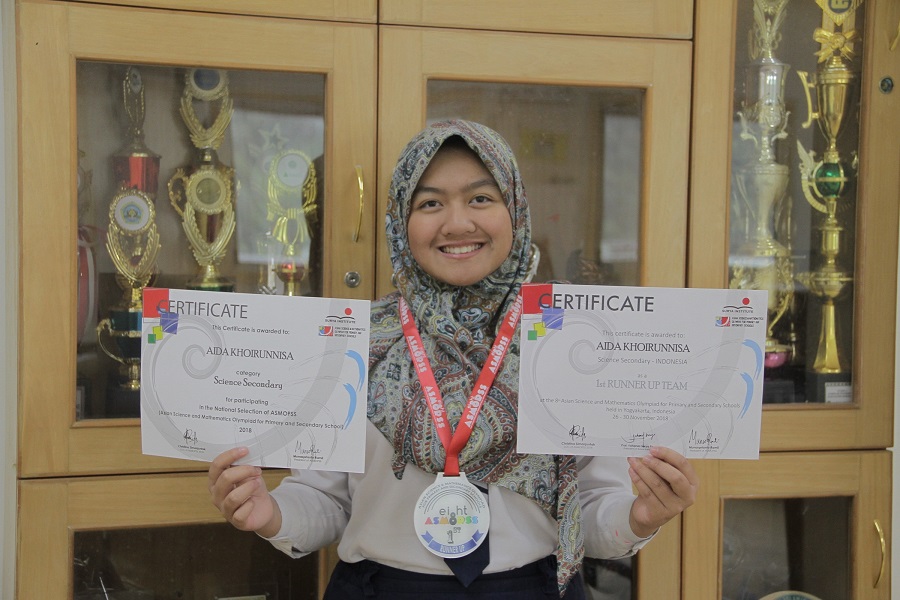 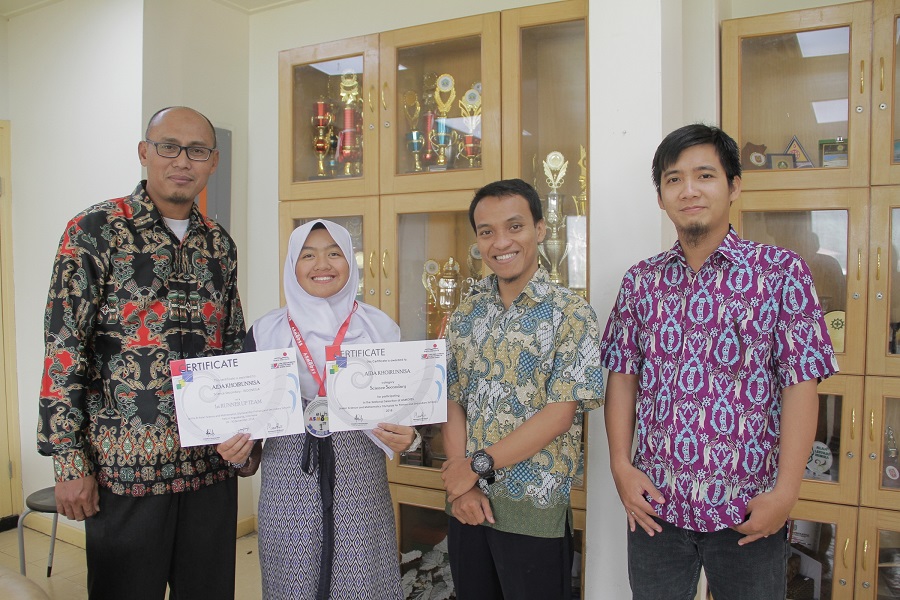 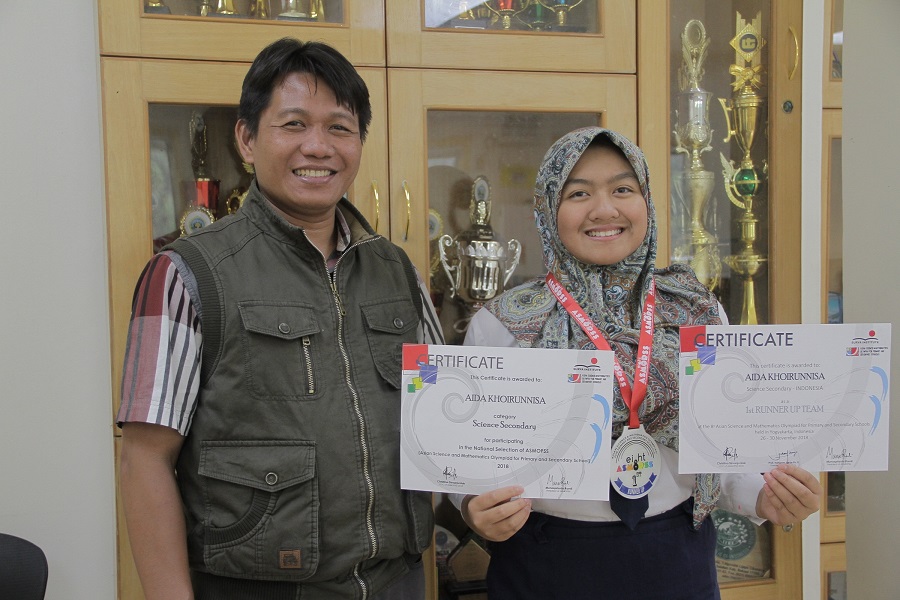 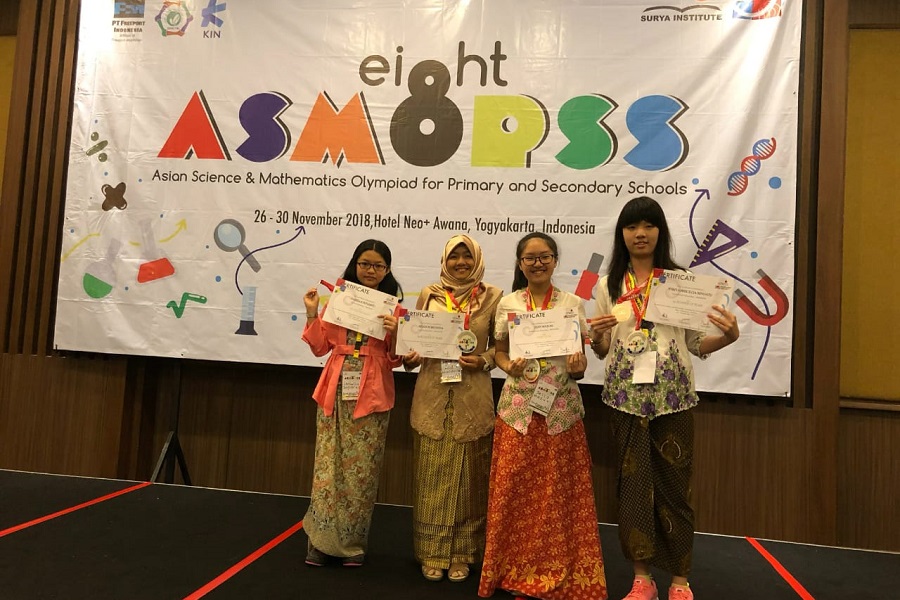 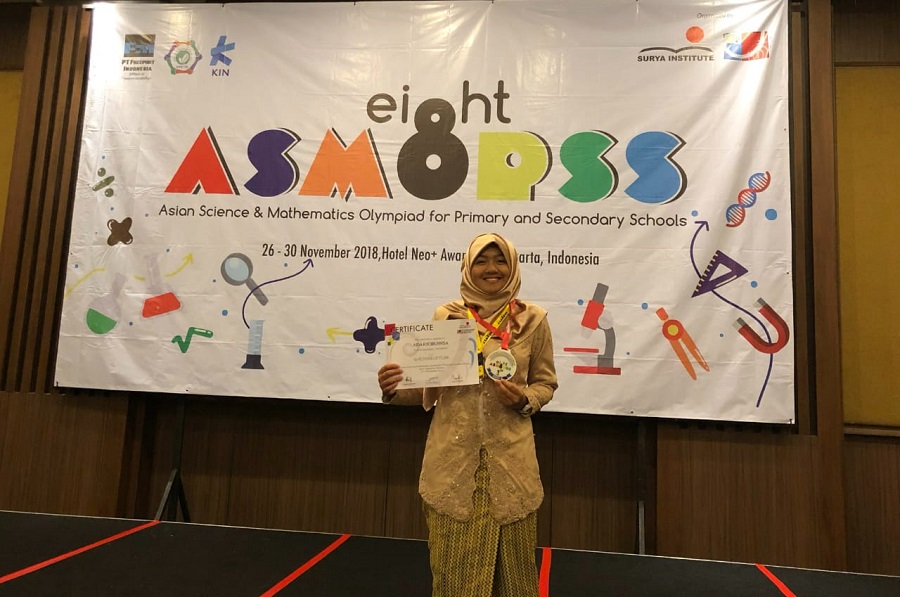 The Jayawijaya Education Foundation (YPJ) is committed to improving the quality of its student’s education, including supporting both academic and non-academic competitions at the school.

Much. Murjadi, Head of YPJ Tembagapura Campus, said the school helps students in various competitions such as the Mathematics and Science Olympiad.

Starting in 2007, YPJ with continued support by PT Freeport Indonesia, began its collaboration with the Surya Institute to provide students with special tutoring to take part in the Mathematics and Sciences Olympiad.

Since 2010, the Surya Institute routinely has held mathematics and natural science competitions for the elementary school and junior high schools in Kuala Kencana and Tembagapura.

"Every year, PT Freeport Indonesia through YPJ invites the Surya Institute selection committee to hold an Olympiad selection in Jobsite. To represent Indonesia in the Asian Science Olympiad is no easy feat,” Murjadi said.

Starting with a regional selection process, participants must compete individually against other candidates from various countries in Asia.

“The regional selection was specifically held in Tembagapura and Kuala Kencana. Out of 95 participants in the Science Olympiad, I was declared qualified to participate in the national selection and was quarantined in Tangerang," Aida said.

To get ready for the national selection, she attended intensive after-school tutoring scheduled by the school.

“I began studying harder after I passed the Regional Science Olympiad,” Aida said. “In addition to the intensive tutoring after school from my Physics and Biology teachers, I also spent two hours each night reviewing the materials required.”

Children at Jobsite should have opportunities to participate in various competitions both in the academic and non-academic fields, said Iyas Kusnadi, Vice President-Manpower Management, who helps assess those opportunities.

"In the future, not only will the Mathematics and Science Olympiad be supported, but we also will support YPJ to guide students at Jobsite to compete in art and sports competitions as well," he said.