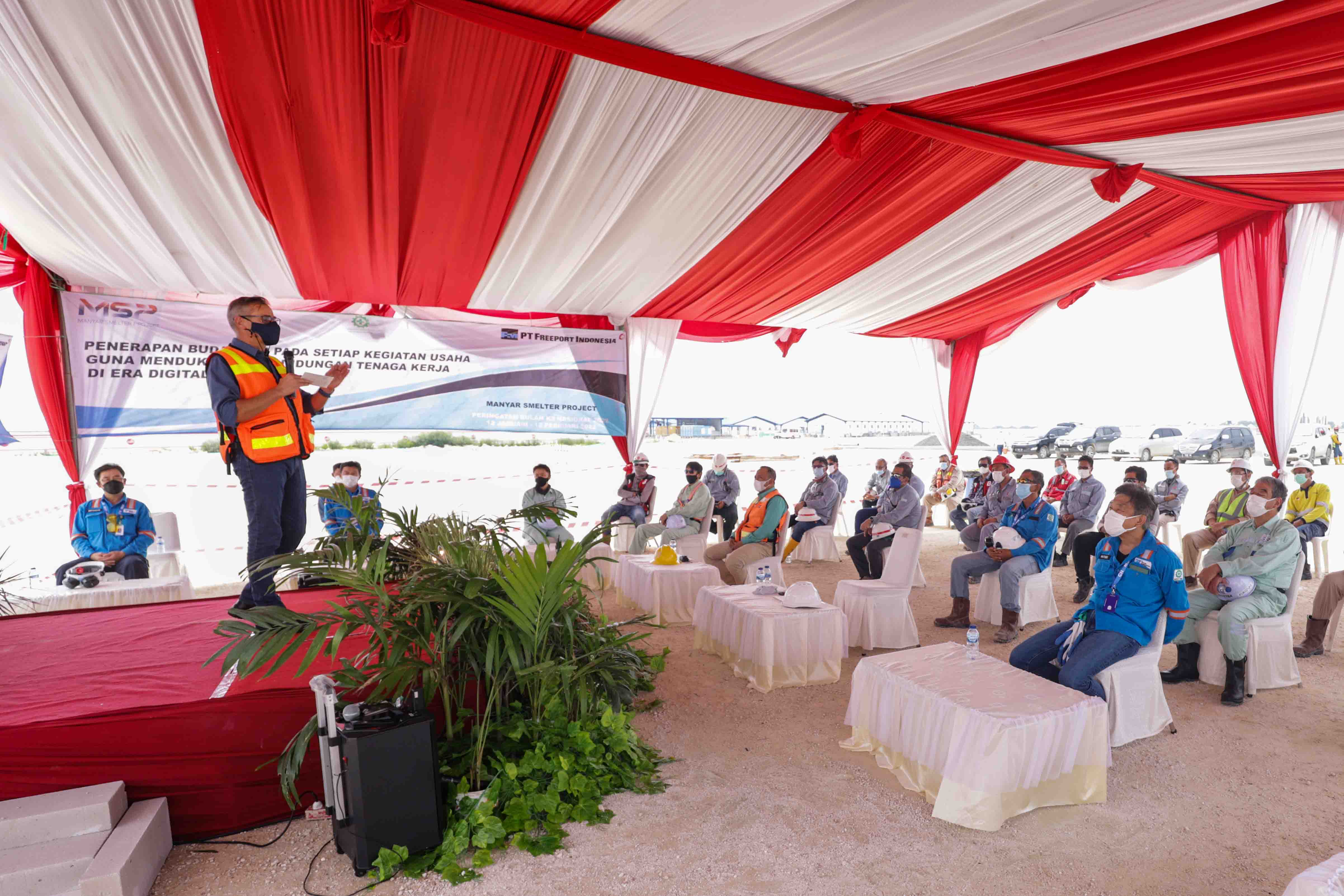 “We’re proud of our workforce, but this is just the foundation.” We will need even better teamwork as we move forward. The majority of the workers who have championed safe practices 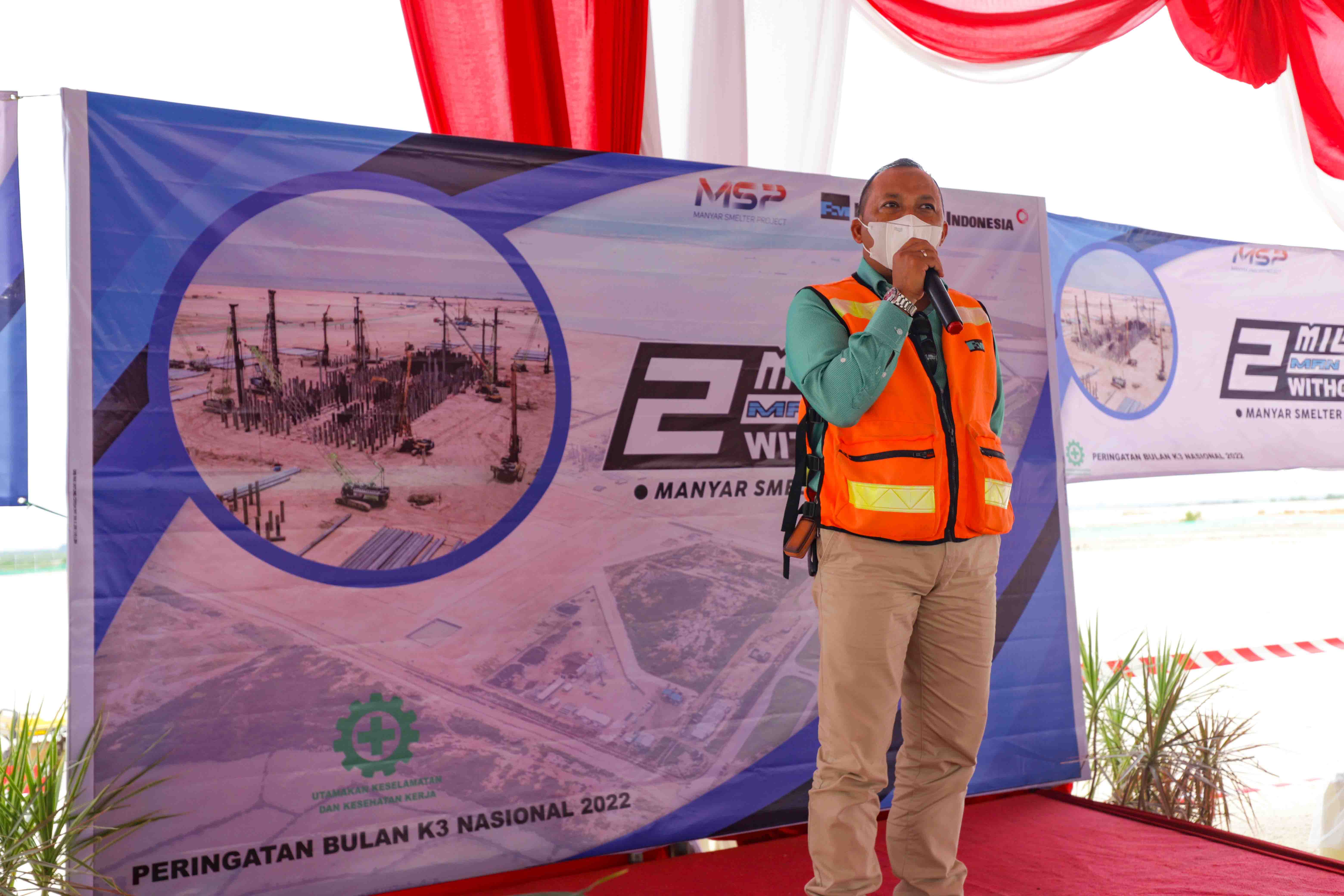 That’s a number worth appreciating on a job the size and scale of the $3.2 billion Manyar Smelter and Manyar Maju Refinery project. A decade in the planning and now 2 million hours in the making, Manyar smelter construction project is going up in a special industrial zone in northeast Java.

While the company continue to focus on the COVID-19 mitigation by tightening health protocols in the work areas, a safety achievement was appreciated by Venta Agustri, Area Construction Manager-PTFI on January 29 at the smelter site.

“We are proud of our workforce, who have surpassed 2 million working hours safely, however this is just the starting foundation,” Agustri said.

The workforce on the smelter and precious metals refinery will swell by about 1,000 workers a month to more than 13,000 at the peak of project activity. When it’s done, cumulative hours worked will exceed 48 million, Agustri said.

“We will need even better teamwork for the project sustainability and have more people, equipment, material and work. We’ll probably achieving 5 million safe hours soon because we’ll put in a million hours in less than month,” he said.

Workers' awareness and compliance on the PTFI's safety standards is getting better, this has an impact on the achievement of safety performance at the smelter project, Agustri said, and the contractors and vendors embraced the standards to build a safety culture with integrity.

When the site initially was being prepared, vendors helped educate their employees about PTFI’s safety culture and the importance of always using PPE.

The timing of the appreciation couldn’t have been better, as Indonesia officially celebrated National Safety Month January 12 to February 12.

“Our goal is to ingrain safety awareness in all aspects of their work, and even for them to bring these positive habits home to leverage safety awareness to their family members,” Agustri said.

Scheduled for commissioning in 2024, the smelter will include technological advances made by Finland-based Outotec to mitigate environmental emissions. With a design capacity of 1.7 million tons of concentrate per year, Manyar will be the world’s biggest single-line smelter.

PTFI collaborated with PT Chiyoda International Indonesia on the engineering, procurement and construction work on the project.

Straight from the Tap