Corporate social responsibility or (CSR) is one of the important elements in the operational activities of a company. A comprehensive CSR concept will be able to bring benefits to stakeholders, creating a harmonious relationship between business actors, government and citizens, which will result in a "license to operate".

As a mining company that is highly committed to development in Papua, PT Freeport Indonesia always puts forward programs that can make a positive contribution to society. The realization of this contribution is spread in various sectors, such as health, education, economic development and infrastructure. Freeport's commitment to improving the welfare of the community through the CSR concept received awards on various occasions. On October 4, 2018, Freeport Indonesia received an appreciation on the 2018 TOP CSR award event organized by Business News Indonesia magazine. The TOP CSR Award is an awarding event for companies operating in Indonesia that are considered to have implemented the best CSR concept. In this event, Freeport Indonesia not only won one, but three awards at once, namely the Top Leader on CSR Commitment 2018, Top CSR 2018 for the Mining Sector and 2018 Top CSR for Infrastructure Programs. 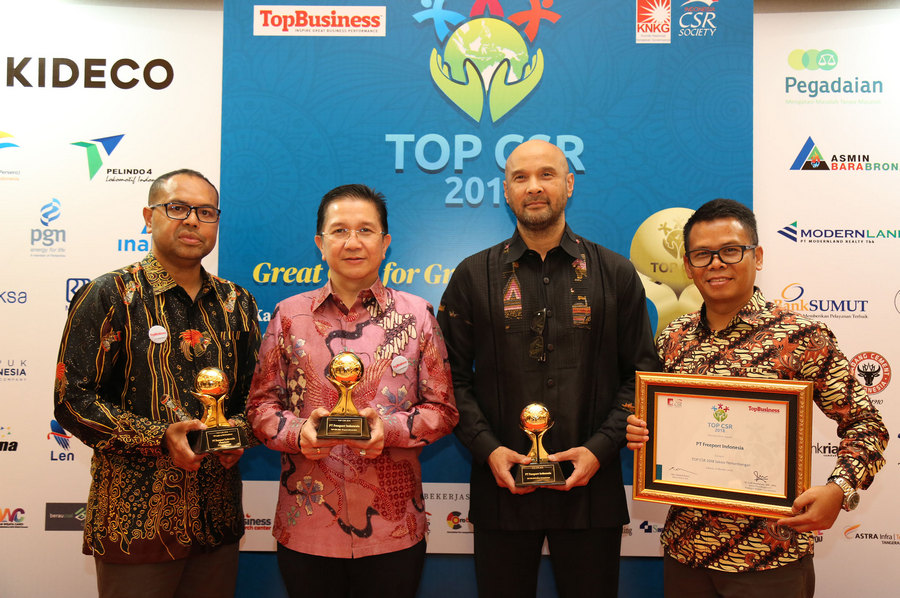 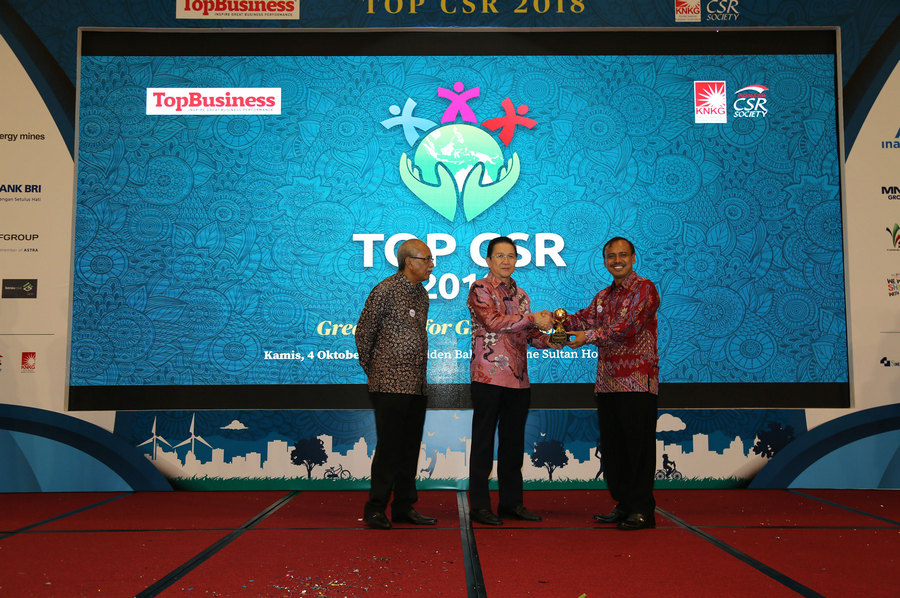 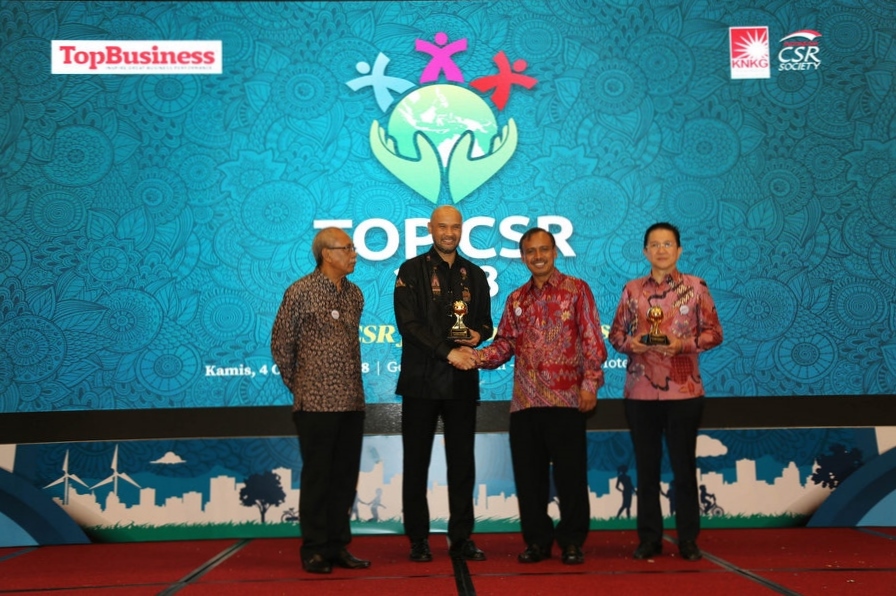 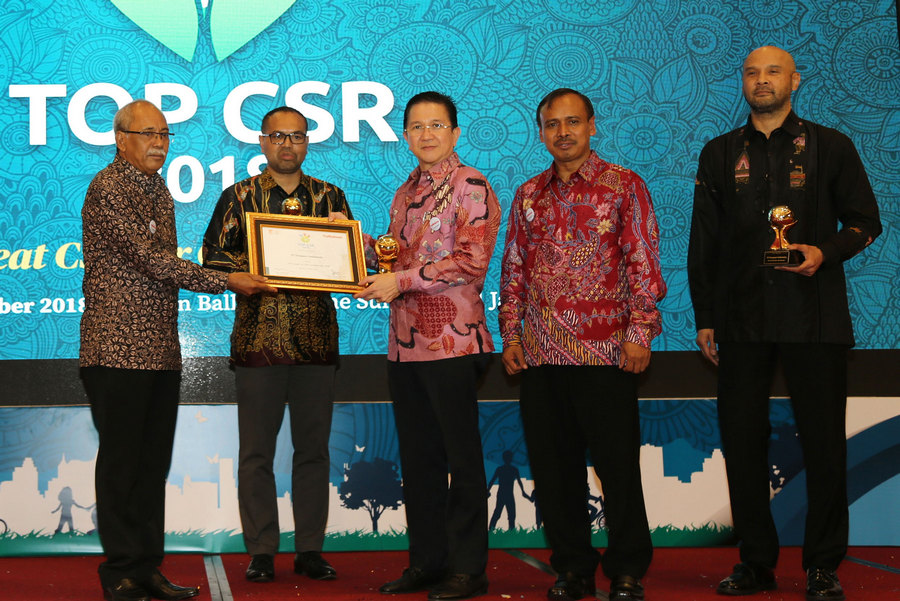 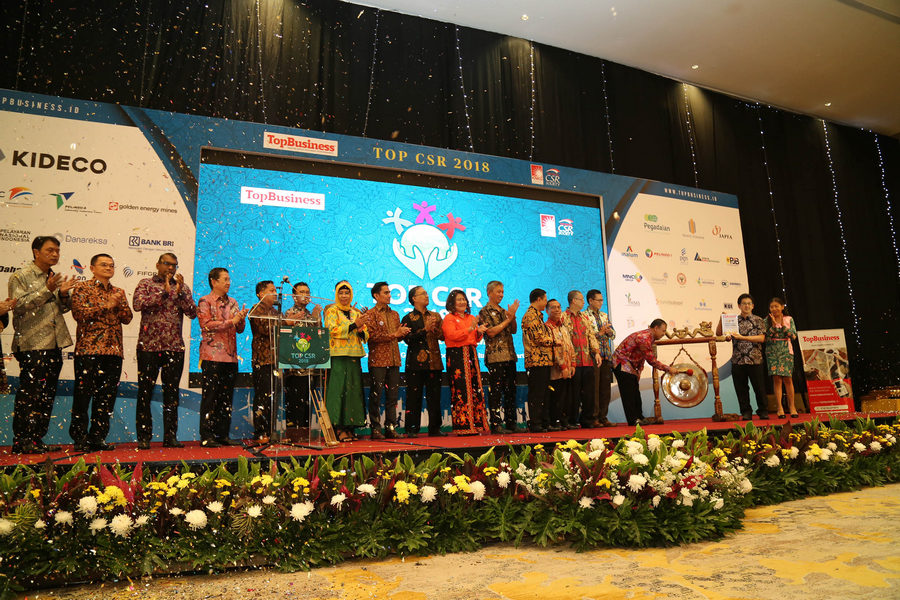 Regarding this award, Freeport Indonesia Senior Vice President Community Affairs Claus Wamafma expressed his gratitude for the three awards given to the company at the same time. Claus said that CSR is one of the company's priorities in accelerating development in the areas where it operates and contributing to improving the quality of people's lives.

Claus also explained, in addition to infrastructure development, the three pillars of CSR carried out also focused on the health sector, economic development and education. In the health sector, Freeport Indonesia has registered 170,000 patient visits to health facilities built and funded by the Freeport Partnership Fund for Community Development. In addition, in collaboration with the "Timika Malaria Control Center" - Freeport contributes to the reduction of malaria cases in Timika up to 70% in the last three years.

In the economic sector, Freeport Indonesia has managed to foster 118 local entrepreneurs so that they are able to open at least 1,036 new jobs. This economic assistance is mainly channeled to the fields of animal husbandry, agriculture and fisheries, with the total amount of aid that has been distributed to reach Rp. 52.3 billion.

"While in the field of education, Freeport Indonesia through its partnership fund managed by the Amungme Kamoro Community Development Institute (LPMAK) has provided at least 650 scholarships per year for indigenous Papuans. Through the established Nemangkawi Mining Institute, Freeport Indonesia has also produced more than 3,000 graduates, most of whom have worked in companies and contractors. Finally, we also set up dormitories for more than 800 more Papuan children who are studying both Java and Papua," Claus added.

The organizer, M. Lutfi said that the extraordinary commitment shown by Freeport Indonesia in implementing its CSR should be replicated by other companies in the mining sector and other sectors. Wahyudi added, to be able to win the Top CSR Award, the procedure that must be followed is not easy because the selection process is strict. Participants must be able to set aside a total of 132 other companies participating in the selection. "So, this event is a corporate rating event because of the rigorous and fair selection process. Every company will send presentation material and conduct direct interviews with three juries, witnessed by participants from other companies," Lutfi said.

CSR expert who is also the chairman of the TOP CSR Awards, Mas Ahmad Daniri, said that a sustainable approach and company vision is the key to the success of corporate social responsibility activities.

One of the TOP CSR Awards Jury, Thendri Supriatno, agreed with Wahyudi's opinion on the reason for the awarding of this award to Freeport Indonesia. According to Thendri, Freeport Indonesia has demonstrated its commitment to the development of Papua, especially in the infrastructure sector. "Freeport Indonesia won awards for many things. But of course, we see high commitment from Freeport leaders for the implementation of its CSR concept. We also see very clearly Freeport's commitment to the development in Timika in the long run. So they are channeling their CSR truly sustainable," explained Thendri.

Thendri said that he had never seen another company that had such a commitment. He explained that the Namengkawi Mining Institute is one example of this commitment. Thendri said that he had never seen a mining school in Indonesia with facilities as well as the Namengkawi Mining Institute. According to him the pattern carried out could encourage the independence of the city where a company operates.

The TOP CSR Award Jury hopes that the CSR pattern implemented by Freeport Indonesia can be replicated in various other places. He reminded that to carry out CSR patterns like that requires high commitment and it is desirable that companies have the same strong commitment. "The CSR carried out by Freeport has a major role in achieving the Sustainable Development Goals (SDGs). I strongly support this CSR pattern to be known by many parties to be replicated and can help achieve SDGs targets," added Thendri.