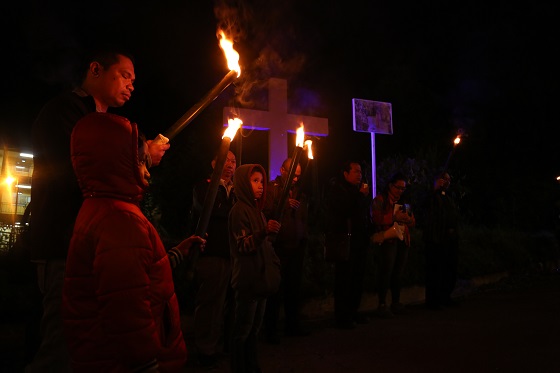 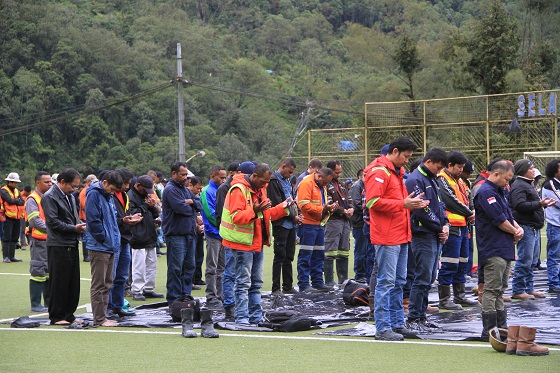 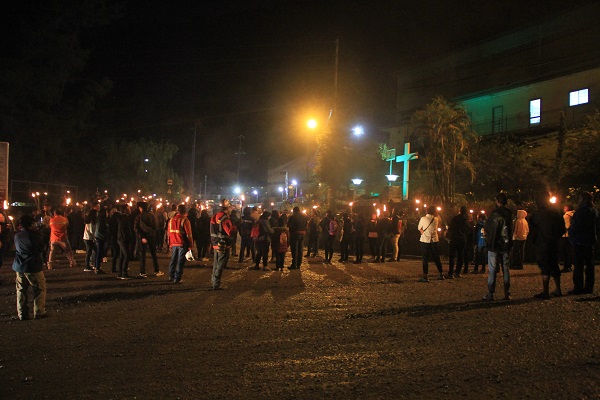 Ecumenical Christians Community from the five church denominations in Tembagapura gather since 3:30 in the morning at the Calvary Church to begin the torch parade towards Tembagapura Soccer Field. The torch parade around the city is a tradition that has been carried out for more than thirty years by the Christian community in Tembagapura as a reminder of the welcoming of a new beginning for Christians, the resurrection of Christ from the dead to atone for the sins of mankind. The parade was then continued with a Easter Sunrise service on the Tembagapura soccer field.

A similar procession was also held by the Christian community in the Lowlands. The Good Friday commemoration was marked by the action of the Way of the Cross which depicted the passion story of Jesus before being crucified. On Easter Day, just like the Christian community in Tembagapura, hundreds of people in Kuala Kencana joined the torch parade and Easter Sunrise service.